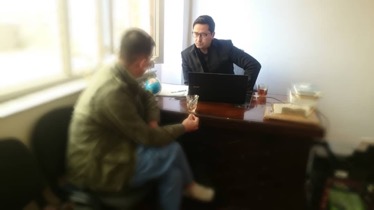 As part of the project AMASO provided advice and counselling to migrants. They report: ”With the help of this project, we were able to run AMASO smoothly and help at least 50 deportees and 10 returnees, voluntary mostly with first hand advice post deportation to Afghanistan.” The advice often related to the type of practical support that was available for them in Afghanistan. “The process is a little complicated, but a little advice makes it easier for the deportees.”

AMASO also writes in their report: “Several others received support by the project to take Swedish classes. Some of them were those who are in the process of going back to Sweden through working visa, or have already reached Sweden. The others mainly chose to take English language classes, very efficient and affective for many of them. One of the beneficiaries has almost finished his English language courses and will soon get to advance level. According to him; “The opportunity provided by AMASO to learn the English language has been life changing for me. I was hopeless and left alone when I was deported, no one from the Afghan government or NGOs helped me.”